Thursday, March 22, 2012
Local observers thought the Republican nomination for president could be decided before Tuesday’s primary. Instead, Republicans had a slate of six candidates from which to use.

The enlarged menu, however, didn’t pack the dining room.

Overall voter turnout in the Illinois fell short of modest expectations despite warm, sunny weather and the GOP’s contest for president.

Bureau County clerk Kami Hieronymus had predicted turnout of about 25 percent and nailed it. Actual turnout came to 24.6 percent. 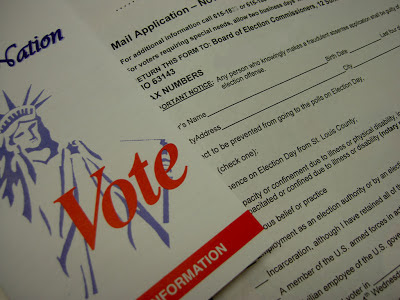 “It came close to what I thought, which is sad,” Hieronymus said. “Turnout throughout the day seemed on to what I was thinking it would be.

For the entire article, visit the News Tribune.
politics