Saturday, September 15, 2012
The impact of the summer’s drought on fall specialty crops such as apples and pumpkins depends greatly on the location of the orchards and fields.

Denise and Keith Boggio, owners of Boggio’s Orchard, said the drought has not affected the apples and pumpkins grown at their Granville farm, but crops in Henry were not as good this year.

“Our tomatoes and peppers that we planted here (in Granville) are twice as good as the ones we planted in Hennepin,” Denise Boggio said.
She added, that’s because the black soil in Granville holds moisture better than the sandy soil in their Henry fields. In addition, the Granville area received somewhat more rain than surrounding areas, she said.

“Our area is very fortunate, compared to anybody else south of Route 18 or north of (Interstate) 80,” Denise Boggio said.
In Leland, Andy Anderson also reported some good fortune regarding rain and his pumpkin crop. Anderson has grown pumpkins for about 20 years with his children, who participated in FFA, and this is the first year he and his wife, Judy, have focused on specialty crop farming. They opened Country Pond Gardens as a “retirement activity,” he said, and planted crops including carrots, Indian corn, gourds, tomatoes and several varieties of pumpkins. 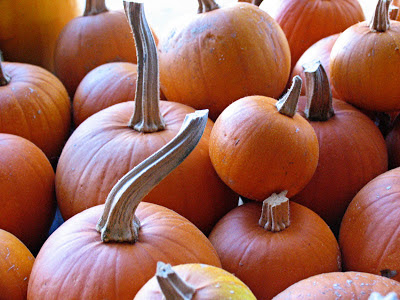 Anderson said he started planting pumpkins around June 1. About one-third of the pumpkin seeds he planted, particularly those that produce smaller pumpkins, failed to germinate. But the ones that did have done very well, he said: He expects to pull 500 to 600 pumpkins ranging from basketball-sized, 20-pound fruits up to 50-pounders, from the half-acre he planted.

“We did get very timely rains. We don’t have any excess at all. It just happened to rain at crucial times,” Anderson said.

For the full article, visit the News Tribune.
weather