One-on-One With the State's Attorney 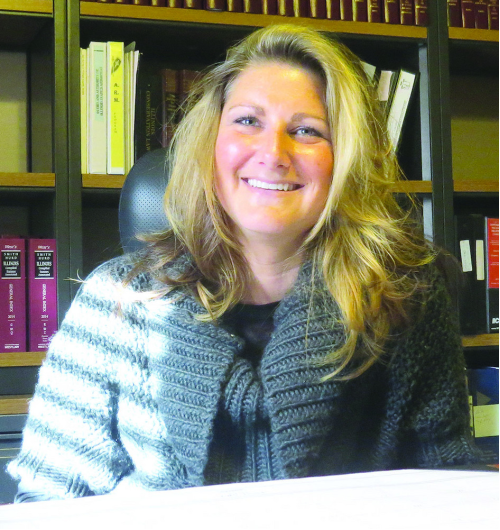 PCR: How’s the job been so far?

Judd-Mennie: So far, so good. Everybody’s been very helpful. I’ve had Paul Bauer from the state’s attorney’s office in Marshall come down. He showed me a couple of things. All of the office-holders have been great.

PCR: Was this something you ever thought you’d want to do?

Judd-Mennie: I would say early on in my career I thought about it. As my career grew and I opened my own office, it kind of dissipated a little bit. When the opportunity came, I toyed with it for a while and first I thought, “I don’t know. I just got my office up and running.” I love my office, and I liked being able to do a little bit of everything. But I just decided, sometimes service comes before what you want to do, so I decided I would try to help the county the best I could.

PCR: Were you surprised when you were recommended for the post?

Judd-Mennie: Yes. I definitely can’t say I was just sitting there saying, “Oh yes, it’d be me.” I know there were a few other people who had expressed interest, so it wasn’t just me.

PCR: How long have you been practicing law?

PCR: Do you feel anything there is special about being the first female state’s attorney in Putnam County?

Judd-Mennie: Absolutely. I think that’s pretty neat, for me anyway. There’s a lot of female attorneys, and I went to a state’s attorney convention in December before I was appointed. There were several women, but if you look statewide, it’s definitely a male-oriented position. But I have nieces and even a nephew who think it’s pretty cool. It’s something I take pride in.

PCR: Ten years from license to state’s attorney is a short time. What do you think about that?

Judd-Mennie: It is, and I know I’ve got a lot to learn yet. But I’m a quick learner, and I’ll do my best. What’s great is I have a lot of resources. The state’s attorneys around here have all welcomed me and said, “You need anything, there’s probably not much we haven’t seen. Call us.” I’ll probably have to lean on some people at the beginning.

PCR: Have you had a lot of experience with criminal law?

Judd-Mennie: I was assistant public defender when I was with Durley and Roger, so I was on the other side of the fence. I think that might help a little bit. Sometimes, I think you can lose perspective, and I’ll be able to see both sides. And that might benefit all of us.