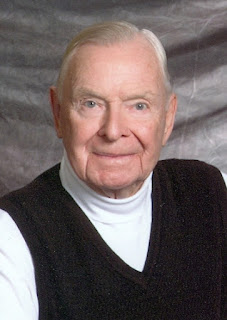 The Village of Hennepin lost a longtime active citizen Thursday, with the passing of Marion Kuhne.

Kuhne was a World War II veteran who made his home in Hennepin, where he was active in the community, helping to organize the fire department for the village, serving as fire chief for more than 30 years, serving as president of the town board, and on the park district, where he helped to bring the indoor pool and meeting room to the community.

He was also an active member of his church, sitting on the board of the Hennepin United Methodist Church.

“He was an outstanding person willing to do anything,” said Gary Boggio, Kuhne’s longtime neighbor. “He was proud of everything he did. He was willing to help out the community.”

Kuhne also sat on Hennepin and Putnam County school boards, helping to consolidate the different schools into one unified district. He was on the zoning board and ambulance board and had driven an ambulance, and still was on the regional school board until this month.

“I don’t know of one (organization) I can say he highlighted, he hit on everyone of them when you talked to him,” Boggio said. “He always had story about every one of them.”