Hennepin Looks For Way to Say Good-Bye to Mosquitoes 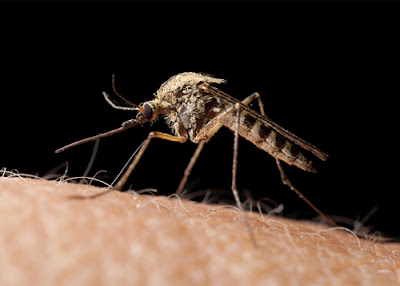 Summer is right around the corner, and with summer comes those pesky mosquitoes.

The Village of Hennepin heard apresentation this week from Chris Novak of St. Charles-based Clarke Co., on a possible mosquito abatement program.

Novak talked to the board the different types of mosquito-borne diseases common to the area, including West Nile virus, and what they didn’t have to worry about — Zika, before explaining the Clarke program.

“We do what is called an integrated mosquito management program at Clarke. The first and foremost step is what I’m doing for you right now, and that’s education ... then we survey and we map and we make records so we know where our breeding sites are,” Clarke explained. “(Surveillance, trapping for mosquitoes, justifying our mosquito control ... and then the last things we do are called larval and adult control.”

Novak told the board either Clarke could come in and do all the steps for the board, or someone from the village — or working for several villages — could become licensed and do the applications.

While he was unable to tell board members an exact cost or number of times the village would have to treat per season, Novak estimated an initial cost for the village of $15,000 for all the equipment, then approximately $3,000-$4,000 per season for weekly or bi-monthly treatments.

Novak was asked about consequences to the environment, especially animals that feed on mosquitoes, because of the chemicals used to kill the mosquitoes.

“Non-targets are a very important thing. The mosquito control chemicals we use today are designed to control mosquitoes. That’s it. We are very conscious of non-target organisms,” Novak said.

Novak said when spraying, they only spray at night, they are able to turn the machine off in designated areas, especially near beehives or other areas of special need, and use an especially small amount of chemical compared to what was used in previous years.

The board took no action on the proposal.