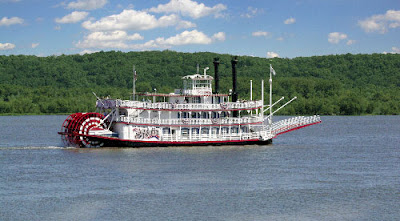 Hennepin Village Board held a lengthy discussion last week on how much to be involved with the possible Sunday running of the Spirit of Peoria on the weekend of the Bicentennial Celebration in September. As of now, North Central Bank is giving a sizable donation toward the boat ride, but either the committee or the village would be in charge of covering the rest of the $7,500 cost of the boat.

Board member Lynn Haage voiced her opinion, saying it would be fiscally irresponsible for the board to take on the price of the boat without knowing if they could make their money back with ticket sales.

“I don’t feel it’s a fiscally responsible thing as a village,” Haage said.

Board member Teresa Clausen, chair of the bicentennial committee, had told the board before discussions on the boat began that estimates for the cost of the two-day celebration, without the boat, would be $4,000. She said the committee members had a fundraising idea they believe would bring in at least a portion of that.

Board member Quentin Buffington has been working with the bank and said he would continue to look for more sponsors for the boat, and Dean had ideas about bringing in the Putnam County Educational Foundation for an educational trip. An ecumenical trip was also mentioned.

More on the boat will be discussed at an upcoming bicentennial meeting.