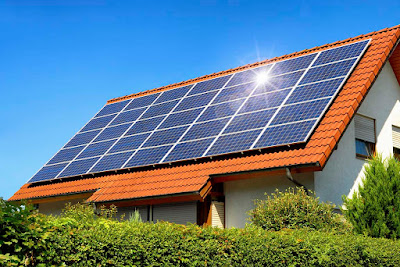 While the spinning electrical turbines of the wind farms built in surrounding counties create sustainable energy, the harvests of Putnam County remain traditional — at least for now.

Jim Burger, Putnam County zoning officer, reported at the Jan. 8 Putnam County Board meeting that there’s interest in constructing a solar farm in the south end of the county, near Route 29 and close to Marshall County.

Burger said representatives from the unnamed company will make their presentation to the board at an upcoming meeting, and requested the board begin preparing a zoning amendment that would allow for its construction.

“The state grants they’ll be applying for need to be completed in 2018, so work wouldn’t even likely begin until 2019,” Burger said.

According to the Illinois Solar Energy Association website, there were more than 3,700 people in the Illinois solar industry in 2016, a 7 percent increase from 2015. They also estimate there will be an additional 5 percent increase in 2017. Illinois ranks 17th nationally for the number of solar jobs.

There are 233 solar companies within the state, the 10th most in the nation. While Cook County leads the state with 127 solar arrays, generating nearly 12,000 kilowatts of electricity, nearby LaSalle County generates more than 20,000 kilowatts with three solar installations.