Resident Asks for Trapping Ban in Hennepin After Cat Was Caught 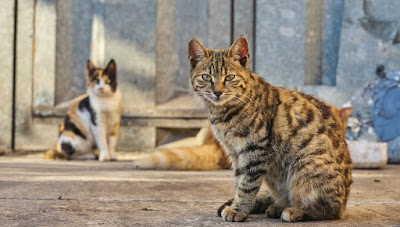 After she helped free a cat from a body-gripping trap designed to catch furbearing mammals, Florid resident Mary Malavolti asked the village of Hennepin to ban that type of trapping within village limits.

Malavolti brought to this week’s village board meeting state trapping regulations and photos of the trap in question. She said she was walking a dog for a friend on Jan. 19 when she saw the cat in the trap — which was not near a waterway.

She went to the sheriff’s office and got help from Deputy Brett Calbow. She said when they opened the trap’s jaws, the cat ran away, seeming dazed.

She said the trap that was along a dead-end portion of Third Street was designed to kill smaller mammals, and she would hate to see a dog, cat or child injured. She called the Department of Natural Resources about the incident.

She noted state law does not allow traps within 100 yards of residences without permission from residents. She said she asked neighborhood residents if they had been asked for permission, and they had not.

However, she said she did not know for certain if the trap was more than 100 yards from the nearest house.

And she said other traps near Third Street were farther from homes.

She asked that the village ban trapping within village limits.

Mayor Kevin Coleman said the trapping season ends March 31 and village would not be able to consider a new ordinance before then.

Coleman said the board can take up the matter soon.

The DNR seasons end March 31 for beaver and river otter; other seasons, such as fox trapping, ended in February.