Board Looks to Target the Owners of Derelict Structures 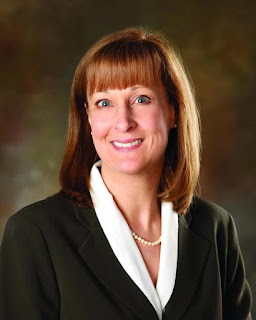 The owners of derelict properties in Hennepin could soon be facing two options. The first would be to repair and maintain their properties, while the second would be to have the village take ownership and have the structures demolished.

During the March 20 Hennepin Village Board meeting, members discussed the situation with Sheryl Churney, village attorney.

“These buildings are a cancer on your community,” Churney said.

“They lower property values and they tend to spread. This can be a very effective way to deal with them and it sends a message to others,” she told the board.

Churney said other communities have used a “fast-track demolition proceeding” to bring the owners of derelict properties to court if certain criteria are met. Criteria include the buildings being three stories or less and being vacant and open, such as having broken doors or windows that allow access by either people or animals.

If the buildings are deemed “an immediate and continuing danger or nuisance,” legal proceedings can be initiated. All owners with an interest in the property would be contacted through certified mail, notices would appear in the newspaper, and a sign would be placed on the property. If no action is taken within 30 days, ownership could be transferred to the village.

Owners could also be asked to transfer ownership directly to the village to avoid court proceedings. She said demolition costs vary, but typically run between $8,000 to $15,000.

Churney said another option would be to force the owner to demolish their derelict building, but added it could be a long and costly process.

The village would recoup their expenses by selling the property to an owner who would construct a new home. The new owner would then begin paying property taxes on it, and with a more attractive neighborhood, surrounding property values would also be higher.

Board member Quentin Buffington warned against unexpectedly high demolition costs that the village might struggle to recoup.

“This is our responsibility. No one wants to make these decisions, but that’s what we’re here for, and we have to do something,” board member Karyn Christiansen said.

This issue will appear on next month’s meeting agenda.