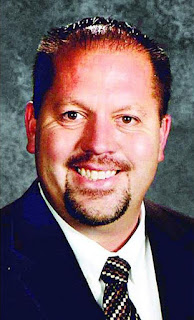 The property tax base has grown in recent months in Putnam County.

It grew so much that school Superintendent Carl Carlson says the district could capture almost 10 percent more in local tax dollars, without increasing any tax rates.

Because the school district’s request for local revenue, also known as the tax levy, is increasing by more than 5 percent, the school board must host a truth-in-taxation hearing, which was scheduled for 6:30 p.m. Monday, Dec. 16, at the beginning of the regularly-scheduled board meeting.

More portions of the Marquis Energy ethanol plant at Hennepin are coming onto the tax rolls, Carlson said. Part of the plant is 10 years old now, with enterprise zone tax benefits running out, so the district will see revenue from the plant.

Carlson is anticipating between $2.8 million and $3 million in corporate personal property replacement tax revenue, too.

Carlson says, yes, he has seen the signs put out, presumably by landowners, advertising their opposition to wind turbines.

He said most of those signs appear in rural areas east of McNabb, around Mount Palatine and stretching into LaSalle County.

Carlson said he can’t speak for the school board, but he’s not opposed to green energy. Neither would he oppose the tax revenue a wind farm could generate for the district. He knows nearby districts such as Princeton, Bureau Valley and Ohio have seen an infusion in cash flow from wind farms.

Separately, Carlson also wouldn’t oppose placing solar energy panels on the junior high building south of McNabb. He said a solar installation there could be on the roof, mostly out of sight to the public in that rural location.

Topics of discussion in the Putnam County School District include needs at the buildings. For example, the district replaced most of the boilers and other appliances in some of the older buildings about 13 years ago, and many will likely need work around the same time.