Kim McKee Selected by Board to be Next President, CEO of North Central Bank 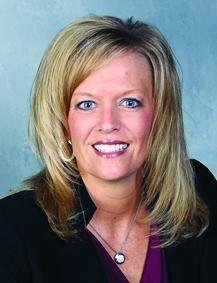 The Board of Directors of North Central Bank, with offices in Hennepin and Ladd, announced the selection of Kim McKee, currently the bank’s vice president and chief operation officer, to serve as the next president and CEO.

McKee will replace Rick Jameson, who has served as president and CEO since April 2017 and has announced his retirement effective on Dec. 31, 2020.

McKee has been with the bank since 1998, starting in the loan department and advancing to branch manager, vice president and chief operations officer.

She also serves on the bank’s executive management team, the Asset-Liability Committee and the Loan Committee.

McKee has been active in the banking industry, having served on several committees with the Community Bankers Association of Illinois (CBAI), including acting as chairman of the CBAI Foundation for Community Banking.

She has been an active participant and advocate for community banking, joining in lobbying efforts with CBAI in Springfield and with the Independent Community Bankers of America (ICBA) in Washington, D.C.

McKee is a lifelong resident of Peru and currently lives there with her husband and two children.