Monday, June 29, 2020
A Hennepin couple has been awarded Putnam County Rotary's Service Above Self Award. 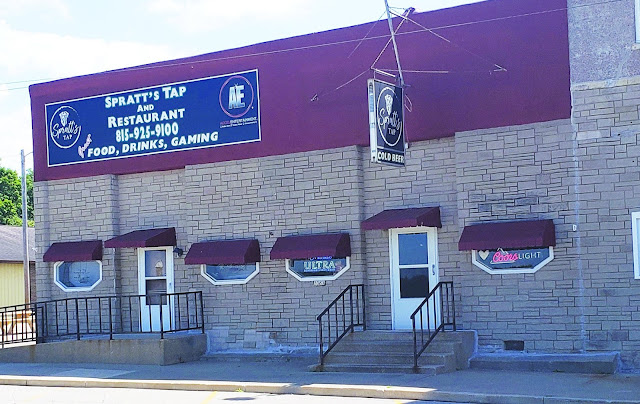 Jennifer and Rob Spratt, owners of Spratt's Tap weren't looking for recognition for feeding the county's school kids during this spring's COVID-19 shutdowns, they were just looking for a way to give back to the community.

Nearly 3,000 lunches later though, they're being recognized by their community.

"When Gov. Pritzker announced in March of this year the closing of schools due to the COVID-19 pandemic, we felt we needed to do something to help the families that would be affected by the closure," Jen Spratt said.

"Having been a substitute teacher at the schools and having a mother that is currently the secretary at the Junior High school, I was aware that many families depended on school breakfasts and lunches to help feed their kids," she said.

In the beginning, she put on the Spratt's Tap Facebook page that hot dogs and chips would be available to any student in need of a meal daily at the restaurant, and any student needing internet for online learning would be able to use the dining room and free WiFi available at the bar.

The first week not many students took advantage of the meals, she said, but the community started to notice the program and donated money and goods. After donations started coming in, they were able to start offering more food varieties and also started to deliver meals throughout the county.

This helped provide the service to more families, while also helping to keep Spratt's Tap staff working during a very hard time. The Spratts were able to keep their employees on the payroll and tips also were given to them for delivery of the lunches.

In total 2,730 lunches were served throughout the county from March through May

Rob is currently production manager at Mennie's Machine and Jen runs their businesses Spratt's Tap in Hennepin and GPS Gaming in Granville.  They have been married for almost 14 years.  In June of 2017 Rob and Jen purchased Waterfront Tavern - better known as Ray's Place - on Hennepin's riverfront and have been running the business ever since as Spratt's Tap.  It is a bar and full service restaurant.
Source: Putnam County Record
awards businesses people