Former Steel Mill Site Receiving a Lot of Attention, No Bites Yet 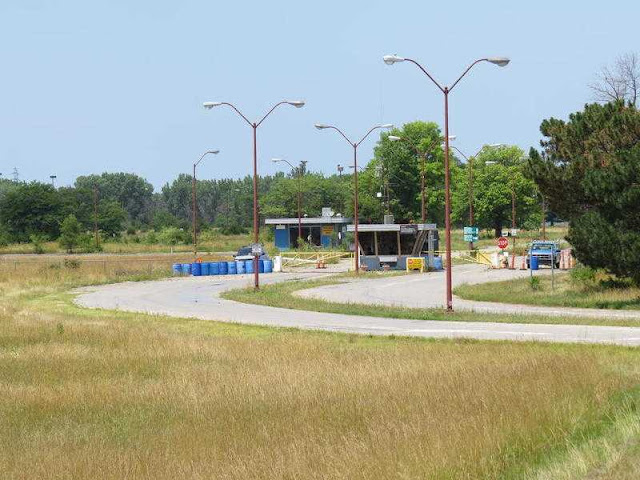 The former LTV and ArcelorMittal rolled-steel plant in Hennepin is considered one of the “most attractive sites” in the state of Illinois when it comes to companies looking to relocate.
“It’s received a lot of attention just in the short time I’ve been in the area,” said Mike Kirchhoff, CEO and president of North Central Illinois Economic Development Corporation, who was hired to the position last August.
What makes it attractive? According to Kirchhoff, it’s access to the Illinois River, Interstate 180 and railroad; it’s size, which consists of 853-acres of land; it’s 80-megawatt substation; water and sewer hookups ready-to-go; it’s proximity to Chicago and the concrete foundation that was left onsite following demolition of the former mill.

There’s been interest from companies from all over the U.S., and even some foreign interest.

Currently, there are a couple projects collecting data at the location.

“We’ve talked to several companies who have active projects in advanced chemicals in the recycling space and advanced energy projects,” Kirchhoff said.

But being attractive doesn’t mean it’s going to sell overnight. The site has been on the market for years.

Kirchhoff said purchases of this size don’t happen overnight. For a company to re-locate, it could end up costing billions of dollars. Plus, companies must have definite answers on two things before they commit to relocating. One, it must minimize risk. Two, it must maximize profitability.

“You put yourself in the shoes of the person in the company whose tasked with making that decision. Let’s say you’re spending a half-billion dollars ... It could be a career-ending decision,” Kirchhoff said. “Because of the amount of money involved in these projects, and because of the risk to an individual’s reputation of career, these are things that take a long time.”

Kirchhoff said he’s worked on projects that have taken up to four years to complete.

Despite setbacks with COVID-19, Kirchhoff is staying optimistic about the trends that may come post pandemic. He said there’s been predictions about companies reshoring. Also, there’s a lot of talk about rural areas being well-positioned post virus and post social unrest challenges in the U.S. right now.

Kirchhoff said the millennial generation is also at a point where they’re having children and a home with a yard is becoming more attractive than a city loft. Trends show more millennials moving out of the city and heading toward quieter areas within Central Illinois.