Early and mail-in voting totals are up this election 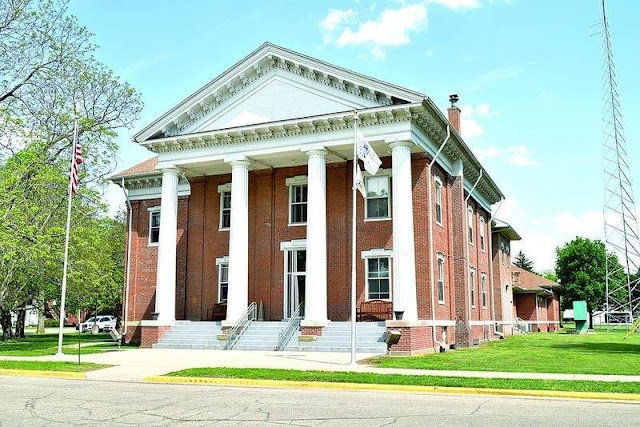 Dan Kuhn told board members on Tuesday, Oct. 13, that his office has received about 1,000 requests for mail-in ballots for the upcoming general election. Since early voting started, he reported about 200 residents casting their votes so far.

The board discussed whether to use available funds to purchase drop boxes to be used for future elections and potentially for other government payments like tax bills.

Kuhn said drop boxes come in at nearly $1,000 so it would behoove the county to purchase them with non-taxpayer money. Drop boxes could be permanently installed and potentially monitored by camera.

The board also heard positive news from treasurer Kevin Kunkel who reported revenues to date are in the black. The general fund balance is at $2,659,000, whereas expenses to date are $2,333,000. Strict budget cuts across the board have allowed the county to be in a better financial position despite a decline in sales tax revenues during the pandemic.

He reported that a sizable number of residents waited until the second tax installment to make payment, likely attributed to COVID-19. At this time about 500 ‘”friendly” reminders have been sent for late payments. A second certified mailer will be sent to those who haven’t yet made a payment.

Kunkel said his office still is working on refund checks for tax overages and expects to be able to mail refund checks in the near future.