Sangha Systems, developers of an 82 MW cryptocurrency mining facility at a former steel mill in Hennepin, Illinois announces it has signed a letter of intent with AEP OnSite Partners to develop a 2 - 5 MW fully behind-the-meter solar power array to begin to migrate its electricity consumption towards clean energy. Sangha Systems, through its subsidiary 82 River North, will generate additional value by using Sunified Inc.'s proprietary sensor technology to track and trace every kilowatt hour flowing between the solar panels, its mining rigs, and the grid. 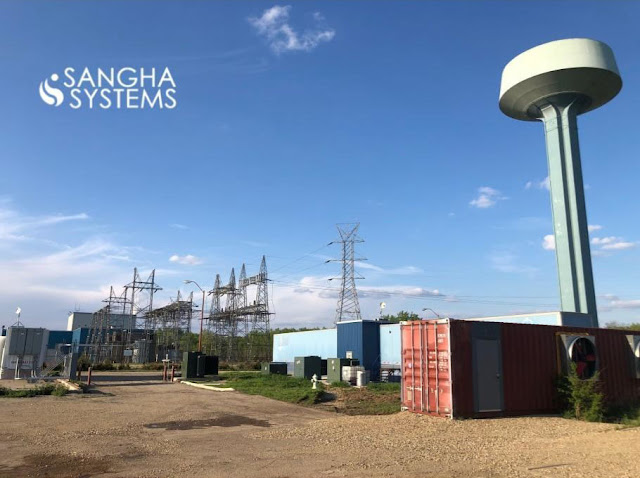 This landmark deal signals a shift in how cryptocurrency miners will be developing their energy resources going forward, and is the realization of Sangha Systems' goal since beginning the Hennepin project in 2018. The company has been trying to steer cryptocurrency mining towards renewable energy from its inception and, having proven its business model and reliability in the industry over three years, is now poised to pioneer the first project of its kind in North America.

"We founded Sangha Systems in late 2017 while working in renewable energy law, development and public policy because we recognized that cryptocurrency mining presents a one-of-a-kind energy profile that could expedite the mainstreaming of renewable energy," said Spencer Marr, President and Co-Founder of Sangha Systems. With its high load factor and significant interruptibility, cryptocurrency mining enables renewable energy project developers, financiers, and off-takers to structure deals that capture maximum financial returns for all stakeholders. "We have worked for three years to build a track record of excellence and establish the business profile that would enable us to get a solar deal done in Hennepin. As market analysts and the general public have recently woken up to the energy consumption of mining and the possibility of turning all that demand for electricity into clean energy, we think our thesis has been validated. This is just the start for us."

Leon Gerard Vandenberg, whose company Sunified has developed a blockchain-controlled sensor that allows grid and energy systems operators to track the "proof or origin" for all electricity generated by a solar array, believes "blockchain mining is an ideal behind-the-meter synthetic load.  It provides a dynamic offtake that can balance revenue upside when suboptimal net metering conditions occur." Further, "using our UNITY chip sensors & platform, mining can be a key catalyst to lay down the infrastructure to simplify green signalling, shed light on greenwashing, and bring the renewable energy credit (REC) market into the 21st century."