Multiple agencies are responding to a seven-alarm fire in Hennepin, Illinois. 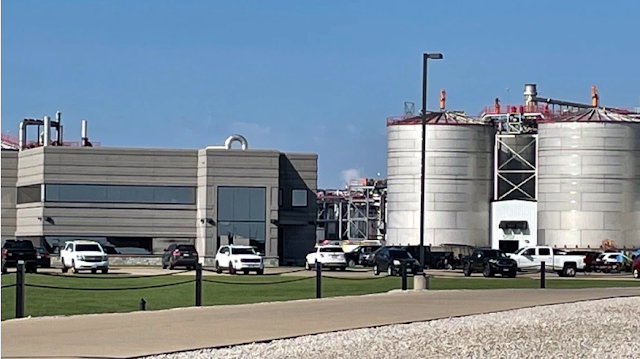 The Putnam County Sheriff’s Office confirmed the fire began at about 5 a.m. Wednesday at Marquis Energy.

As of 8:30 a.m., the fire has been contained to ductwork. Leaders with the company said there were no injuries.

“There was never any threat to life or limb,” said General Counsel for Marquis Energy Don Rayfield.

Everyone made it back to work by 9 a.m. and the fire started in the duct of the exhaust stream from the dryer room. The exact cause of the fire is unknown, but Rayfield suspects it could be from a dust build-up.

Rayfield said the fire was minimal, and the departments that arrived at the scene were being fed pizza.