Putnam County Board Hears Public Concerns Regarding Possible Wind Farm; No Decisions Made

The Putnam County Board held its monthly meeting Monday night as members continued to hear from residents who are against allowing wind farms in the county. 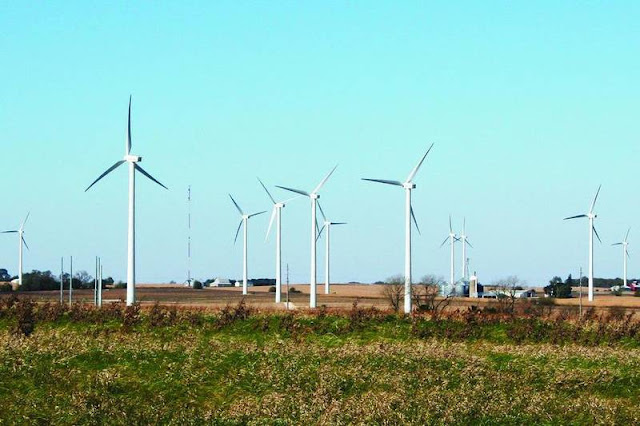 In August of 2021 the board established a moratorium on wind energy approvals until April 15th, 2022. This resolution instructed the County Zoning Board of Appeals to review the existing 2016 county ordinance, hold public hearings and to create revisions before the scheduled March 14, 2022 meeting.

Board Vice-Chairman Steven Malavolti stated the moritoritum was placed to allow the board to gather more information to update certain requirements and regulations.

“We have a height requirement of 500 feet and they are wanting to bring in a larger wind turbine which will reduce the amount of turbines,” Malavolti said. “Right now they could put in 50 turbines based on our current zoning, but if we go to a higher one, that would reduce down to half.”

Putnam County Resident Valerie Roseman spoke to the council in opposition to windfarms in the county, as she believes more testing needs to be done.

“There’s little to no testing done on the effects of wind turbines on the health of humans or animals,” Roseman said. “When chemicals are approved to be used, there is testing done. As far as the information that I have, there has been no testing done.”

Roseman presented a packet to the council claiming that there have been reported birth defects with animals including miscarriages and loss of appetite.

“I’m sure whether it’s five heads of cattle or six hogs or 35 chickens, any loss is not a good loss,” Roseman said. “I wanted to remind you all too, with knowledge comes responsibility.”

Roseman was not alone in her objection as other residents brought up concerns including low-level sound pollution that speakers believe can be harmful.

Other speakers brought up the financial impact of the proposition of windmills in the county. Some believe that it would solely be for financial benefit.

In April, Supervisor of Assessments Tammy Mehalic stated that the windfarm, if it existed in the county at that time, would bring in just less than $1.5 million in tax revenue.

Roseman countered this by stating, this would not be the case at this present time, due to subsidies that currently exist at the state level. She stated that while it may be brought back up, she believes the number would be closer to a several hundred thousand.

Malavolti stated that the county board is still working around the moratorium placed on the windfarms and is weighing its options moving forward.

“Right now there are no decisions being made,” Malavolti said. “People are just voicing their opinion, which they have the right to do.”