12 PC Students participated in the voting

Fourth and fifth graders at Putnam County Elementary School in Hennepin, participated this year in the Bluestem Book Award Program. Students who read at least four of the 20 books on the Bluestem Book list, passed a quiz and completed a worksheet on the book were able to vote for their favorite book. 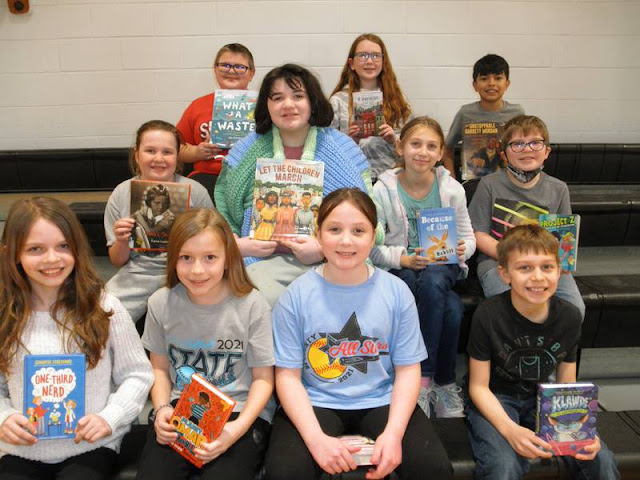 The overall winner was Hana’s Suitcase by Karen Levine. Second place winners were Because of the Rabbit by Cynthia Lord, Let the Children March by Monica Clark-Robinson, and A Zombie Ate My Homework by Tommy Greenwald.

All votes were submitted to the Association of Illinois School Library Educators website and an overall favorite of all students in the state of Illinois will be announced later in March.

Students who read all 20 book nominations will receive a medal and have until Saturday, April 30 to read all the books if they choose to.

Putnam County thanked the teachers and staff for their support of the program as well as the PCEF for funding the grant that was used to purchase the books, treats and medals.