Putnam County residents hoping for a final County Board resolution regarding future wind farms will have to wait, as the board approved an extension to the ongoing temporary moratorium until Dec. 12. 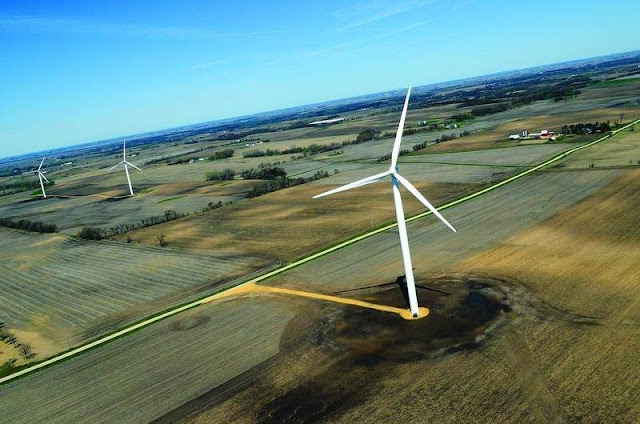 This action puts a halt on any zoning petitions or further development of wind farms to allow for further studies and resolutions to concerns expressed by Putnam County citizens.

“We want to make sure that any projects coming in or applications for these projects, come in after we have our zoning in order,” said Board Chairman Charles Lenkaitis. “This includes any future projects that may follow.”

In March, the board voted unanimously to extend the moratorium through Sept. 20 of this year; before deciding to extend it now through the end of the year.

This decision to extend came as a result of concerns raised through public comment during the board’s monthly meetings, county officials’ research and the hopes of filling the county’s position of zoning commissioner before a final decision is made.

“I think the biggest thing this move does is it gives us time to find someone to fill that zoning commissioner spot,” Lenkaitis said. “Then we can work with the zoning board to come up with an improvement to our zoning in regards to these decisions. So we can make sure that Putnam County residents will be safe.”

The zoning commissioner position came open after a staff retirement in April, leaving an important role to fill in the county.

“It takes a special person to fill that role,” Lenkaitis said. “You have to be community facing and there’s so much to do. We require our commissioner to also be the building inspector. Those folks just don’t grow on trees.”

The moratorium doesn’t allow or deny the construction of solar farms in the county, but rather puts a hold on any current or future applications for such projects until the specifications can be worked out.

This action will give the board and the county residents a chance to gather further information and discuss the future of wind farms in Putnam County.

“We want to make sure that these are not only safe, but that they look respectable,” Lenkaitis said. “We want it to be something that, if it does come, we can be proud of.”