Before the 2022 football season, when Putnam County High School came to an agreement with Hall for a football co-op, it marked the beginning of many new opportunities for Putnam County students. 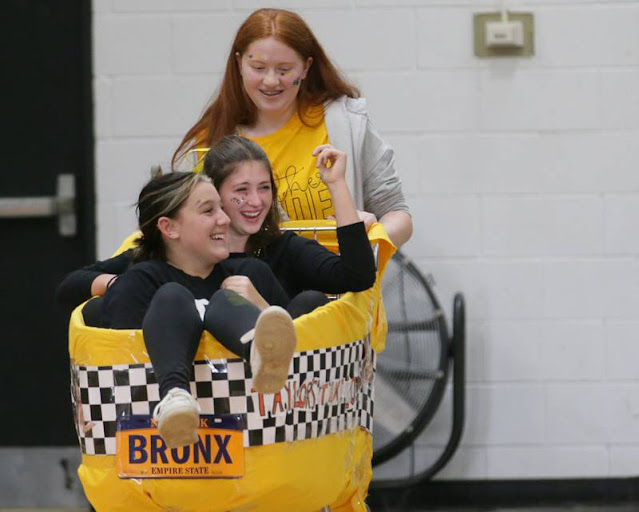 The co-op gave athletes a chance to try out a different sport, gave the community a chance to cheer for their hometown team under the friday night lights and most recently gave all Putnam county students a chance to enjoy a homecoming celebration for the first time.

On Thursday afternoon, PC students gathered in the school gymnasium for an official homecoming pep rally before the Hall-Putnam County matchup against Sterling-Newman on Friday.

“It’s been really great because the students have always asked if we could call it a homecoming, but we were never able to because we weren’t affiliated with the football team,” Newsome said. “They have just risen to the occasion of being excited.”

Outside of an official homecoming, the school has previously celebrated a school spirit week to accompany a Sadie Hawkins dance. Now, those plans have been adjusted for homecoming celebrations.

“The student council group is the one that’s been in charge this year,” Newsome said. “They’ve planned the games. It’s all been student lead with the games and decorations. They have done a phenomenal job.”

The event was emceed by various members of the PCHS Student Council and featured performances from representatives of each class in the school.

Organizers stated that they have seen an increase in participants this year, believing the football co-op has played a large part in the school’s excitement.

“This kids have said ‘This is ours now’ and they’ve taken ownership of this idea that it’s now homecoming,” Newsome said. “It’s been really great.”

First year principal, Dustin Schrank, stated that he was encouraged by how the students have embraced this new event.

“It’ been awesome seeing all of the kids dress up and getting excited for their first homecoming,” Schrank said. “It seems like as the week has gone on the numbers have gotten bigger and bigger. All of the school pride you see today is exciting.”

Overall, the school has enjoyed creating their new homecoming festivities and looks forward to growing the event in the future.