Several fire companies responded Friday morning to Marquis Energy in Hennepin for what a company official described as a “small duct work fire” that was “always contained.” 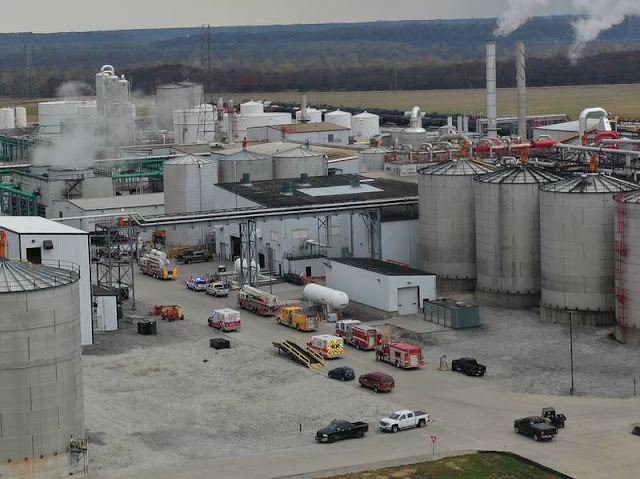 The Hennepin Fire Department said there was a fire in a centrifuge in the dryer building. It was in the same unit as a prior fire, the department said. The fire department initiated the third alarm of the Mutual Aid Box Alarm System.

Firefighters located the fire in the centrifuge unit about 30 feet above the floor and was contained to the inside of the equipment and at the start of the duct work, as Marquis had referenced. To extinguish the fire, it involved gaining access and using copious amounts of water in order to cool the equipment. Marquis safety staff and fire command staff maintained a joint command with firefighters and the plant was able to remain in operation.

There were no injuries and no damage to operations at the plant, the Hennepin Fire Department said.

“We are grateful for our local fire departments,” Marquis said.